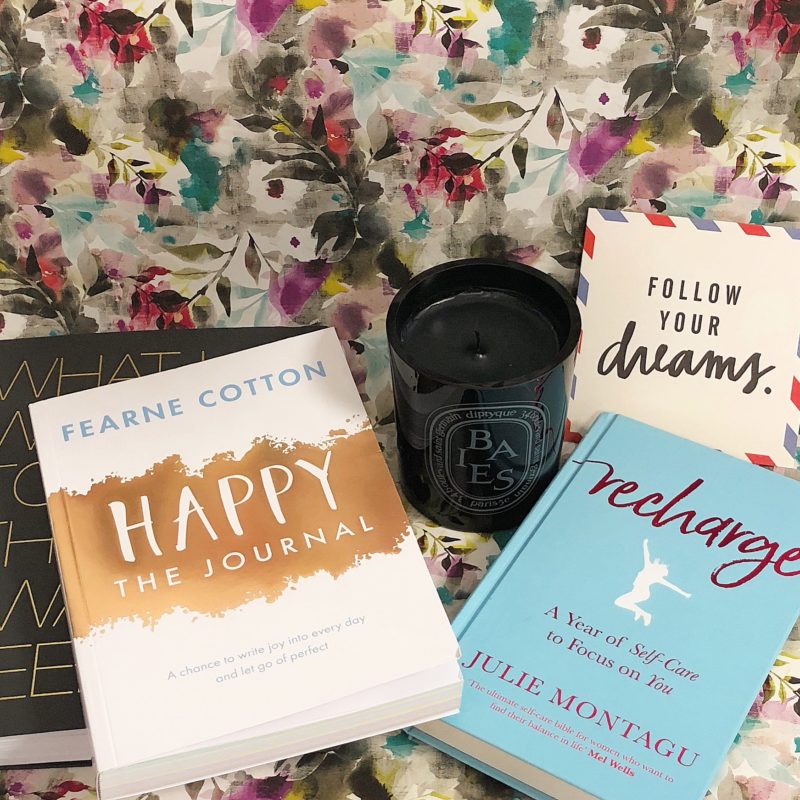 We are officially seven days into two thousand and eighteen guys! My eighteen year old self could not have even thought about being seventeen years into the future, in fact I still feel eighteen years young at heart today!

This was the year that truly crept up on most of us, two thousand and seventeen came and went at lightening speed planting lots and lots of little seeds along the way in each of our personal lives, which I see manifesting and coming into fruition this year. There’s something about this year that feels special, the number eighteen feels nice and kind because the number eight just flows when you put pen to paper, whereas the number seven felt too blatant with its’ sharp edges, either starting things or ending them without warning. I think this is the year where we can make our dreams come true, if we really really want something. It’s funny because one of the first songs I heard this year was Spice Girls – Wannabe and part of the lyrics are:

If you want my future, forget my past
If you wanna get with me, better make it fast
Now don’t go wasting my precious time
Get your act together we could be just fine”

I think all we have to do this year is ask, believe and receive, for some reason it feels like it’s as easy as that – just tell the universe what you want, what you really really want. Just like when the Spice Girls first came onto the music and entertainment scene in the mid ninetys everyone just accepted them for being so different and offering something new and fresh to the world. They were powerful women who made their dreams come true from doing what they loved to do and by having fun in the process. I think that song keeps coming into my life this year to remind me of a simpler time when I was young and full of ambition, knowing that if I dream big and work hard I can achieve anything I want.

So what do I want more of in two thousand and eighteen?

I only want people in my life that are on my team, who really want the best for me like I want for them. I don’t have space in my life for negativity this year because two thousand and seventeen was an example of how quick life goes by. I just want to continue through this precious gift called life by laughing and enjoying my friends and family, making amazing memories and not by getting caught up in issues and dramas that don’t concern me. Only positive people and positive vibes for me this year and beyond.

At the end of last year I had a major clear out, letting go of clothes I had hoarded for more than a decade. It was officially time to let other people enjoy items I had once enjoyed by donating them to charity or selling them online. Just like I have grown and evolved mentally and spiritually so has my fashion sense. So even though I may own leather goods such as handbags and shoes (which I won’t be getting rid of because I have invested money into them) going forward when I make new purchases I want to buy ethically. Therefore no leather where possible, makeup that hasn’t been tested on animals and find a local farmers market for fruit and veg. I will do a further blog post on this subject as I think it will be really interesting to go into depth on this subject.

I’ve never really been comfortable in front of the camera and last year I really avoided having my photo taken unless I absolutely had to which makes me really sad because I don’t have many memories to look back at over the last year unless it’s of food I was posting on Instagram. So this year I will make a conscious effort to be in front of the camera more. For a while now I’ve been thinking of dusting off my old film camera from college which will be a fun project to get the photos printed and put them in photo albums or I may even invest in a polaroid camera as I have always wanted one.

In two thousand and fifteen and sixteen I ran a lot just for fun raising money for The British Heart Foundation, some days it would just be a mile here and there and on other days as I got fitter and more confident pounding the streets I would challenge myself to a 5k. For some reason I hardly ran last year unless I really forced myself to, but I feel excited to get back into this hobby again. I’m not going to put any pressure on myself and just do it for fun because that’s when you really enjoy something, in fact I’ve already got a little running club started in my local area.

I’m an over thinker so when I create something I will over analyse it and compare it to other people’s work, think it’s not good enough and not create again. I haven’t made any real art since the start of two thousand and sixteen and on reflection I realise that I hold myself back by worrying – this is something I do in all areas of my life. As the saying goes “comparison is the thief of joy” – Theodore Roosevelt.

Instead of spending my spare time scrolling through random Instagram feeds and my Facebook newsfeed which is full of random news and adverts, this year I’d rather spend my time reading books that fill my mind with positivity and expand my knowledge on subjects that interest in, like health, fitness and spirituality.

This is the year that I won’t take anything to heart and enjoy every precious day, hour, minute and second that I have breath in my lungs. We are all individuals on our own personal journeys here on planet earth so we should be allowed to enjoy the ride. If anyone pisses me off I will just laugh it off and if someone makes me happy I will laugh. I will literally laugh my way through the rest of my life.

Obviously there are many more goals and ambitions on the list but these are just a few that I feel are important and more importantly doable to be mentally happy.

Thank you for a great year two thousand and seventeen you took me to some fantastic locations throughout the year, we celebrated loads and were as positive as we could be, we lost some relationships but in the process gained new ones to take into the future. Here’s to a happy, healthy, creative and successful year ahead, full of so much fun and laughter.