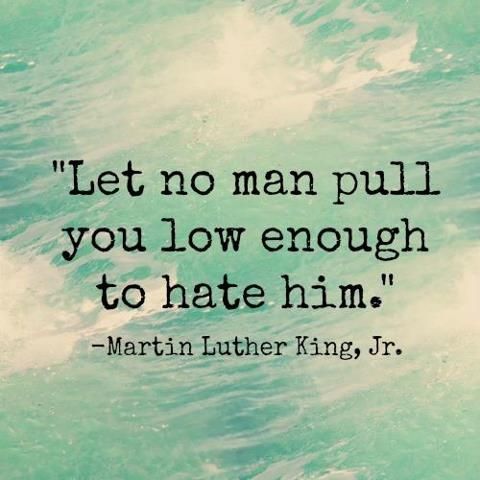 So what does killing someone with kindness really mean? To be a doormat and let someone walk all over you? Hell no!!!

Do you remember when you were younger and your parents or teachers would say to you to be kind and play with everyone even if you don’t get on with them? At that age you just get on with it and swiftly forget the reasons why you don’t like a certain someone. Then life kicks in and we have more interactions with people and more experiences where we let things get to us, keep replaying certain situations in our minds that are negative and bring hate into our hearts.

In the last few years I’ve been watching how my parents deal with certain situations with loved ones and it both baffles and inspires me how they can be so forgiving and loving even when people have hurt them and broken their hearts. I guess life experience counts for something, reaching the grand age of sixty odd, I guess you would have been through some sticky situations teaching you how to deal with certain people.

In my opinion “killing someone with kindness” means not having to stoop to their level if someone is breaking you down or being cruel. A hard task I know especially if you have to face those individuals on a daily basis at work or in a family setting.

I once had a situation at work where the new receptionist was so cold towards me and wouldn’t even utter a hello no matter how forthcoming I was towards her. Which made me change who I was as a person, I’d avoid having to go through the main entrance and find ways not to see her because she would wind me up and then I would spend half of my working day feeling frustrated by her which would spill over in to other areas of my life. This went on for well over a year, my work suffered and my personality changed until one day I realised I was torturing myself over someone else’s actions and behaviour, it was then that I thought I’m going to be the bigger person, for my own sanity more than anything else. I would make the effort to walk through the main entrance, engage in conversation with her and even bring in homemade food as an offering and this isn’t something I did to “win” her over, this is my personality and how I am with other members of staff, which I dumbed down due to someones feelings towards me. Within time maybe after about two months I could see her whole persona towards myself and customers (who had also complained about her attitude) change and a few years later she became more relaxed as a person which made her slightly more approachable.

Sometimes people take out their own issues and insecurities on others, even though this isn’t acceptable behaviour people still do it. It also made me realise that I don’t have to take on the behaviours of others or act in the same way they do if it’s negative behaviour.

If you’re a good and kind person, always be yourself, even in difficult situations because eventually people will join you on your path.

I’m thankful to my parents for being amazing human beings and teaching me right from wrong especially in situations where I may have cut my nose off to spite my face.