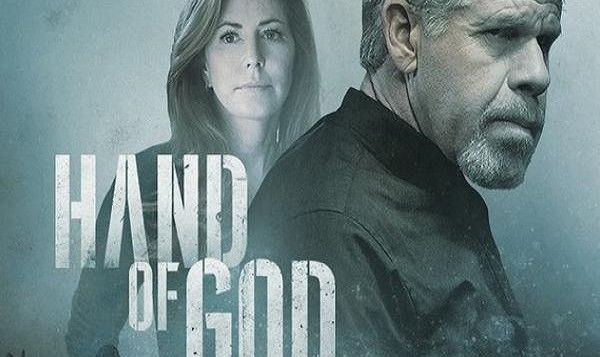 So it’s almost the end of February and I’m finally getting in to the swing of 2016! Better late than never hey!

My resolutions have already been broken – the exercising and eating healthy everyday, have been replaced with jam on toast and evenings on the sofa watching shows on Amazon Prime Video and Netflixing, no chilling unfortunately because I’ve been nursing the Mr back to good health!

Even though the Virgo in me has wanted to get stressed out over not eating well and not exercising I’ve given myself permission to just chill out and go with the flow. Yes I haven’t been on my daily run for the last week or so but it’s given me the opportunity to do things which I haven’t done in ages like, actually relax on the sofa and give a program my undivided attention without the laptop answering emails, which means I discovered a really good show to watch on Amazon Prime Video called Hand Of God. We’ve taken the time to talk to one another about our dreams and goals for the year ahead and we’ve just enjoyed each others company without any expectations of having to arrange things to do or places to go.

My point is, that sometimes you just have to let go and trust in what the universe has planned for you.

If you’re still struggling to find your feet in 2016, give yourself permission to chill out, go with the flow and try new things. The most important thing is not to judge yourself or to be too harsh on yourself. Take each day as it comes and you will soon fall into some kind of routine, especially when the boredom kicks in – sometimes being bored is the right medicine to discovering what you’re passionate about!

Good luck and enjoy the journey! Oh and watch Hand of God, it’s really really good! Oh and FYI, it’s a little bit on the rude side!